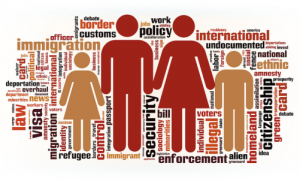 Washington D.C. – Today, the Supreme Court issued a 4-4 decision in United States v. Texas, the case challenging expanded Deferred Action for Childhood Arrivals (DACA) and Deferred Action for Parents of Americans and Lawful Permanent Residents (DAPA).  This means that the Fifth Circuit’s decision upholding the preliminary injunction against these initiatives will stand. This ruling does not impact the original DACA program launched in 2012. The decision is a huge disappointment for immigrant families and their defenders. It’s bad for American communities, workers and the economy. We will continue to explore all available legal avenues and will urge the government to do the same. Ultimately the nation needs a permanent solution to our outdated immigration system, and that must come from Congress. The fight will continue.

This entry was posted on Thursday, June 23rd, 2016 at 6:13 pm and is filed under Blog. You can follow any responses to this entry through the RSS 2.0 feed. Both comments and pings are currently closed.